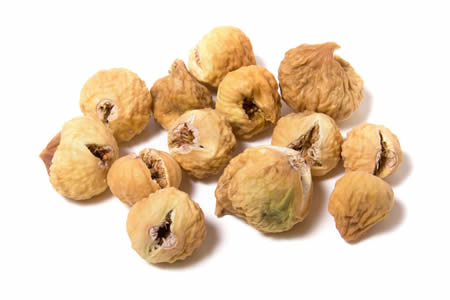 Originally from the region around the Caspian Sea, the fig plant has been cultivated throughout the Mediterranean region since ancient times. Turkey and Iran are considered main suppliers today. The fig is one of the oldest known crops. In ancient times the fig tree was regarded as a symbol of fertility and the fruit counted as basic food.

Five to eight years after the planting, full crop occurs. During fall, the fully ripe fruits are mechanically or manually harvested, and then placed for drying either in the sun or in hot air ovens, reducing the water content of the fruit down to 18% and increasing the sugar content up to 60 %. Before the dried figs are delivered, they undergo several Aflatoxin inspections. Iranian hard dried figs are classified by  the fruit’s brightness and opening size.

Dried figs are either consumed in their as snacks or find their use in bakery and confectionery industry.

In addition to a high content of minerals such as potassium, calcium, iron and magnesium, which regulate digestion, dried figs are regarded as healthy energy providers with 60 kcal per 100 g of fruit.